WASHINGTON -- Some slick spots and foggy conditions around the region have caused some local schools to issue delays and could create some slow downs for the Thursday morning commute.
Pockets of light wintry mix are swinging through the region onto near-freezing roadways, which is causing some slick spots that drivers should be cautious of Thursday morning.
A Winter Weather Advisory has been extended for parts of the metro area until 10 a.m. 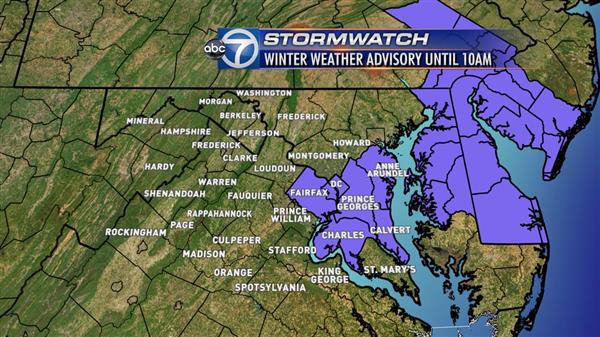 Courtesy Storm Watch 7
Also, a dense fog advisory has been expanded into parts of the metro region until 11 a.m. for limited visibility. 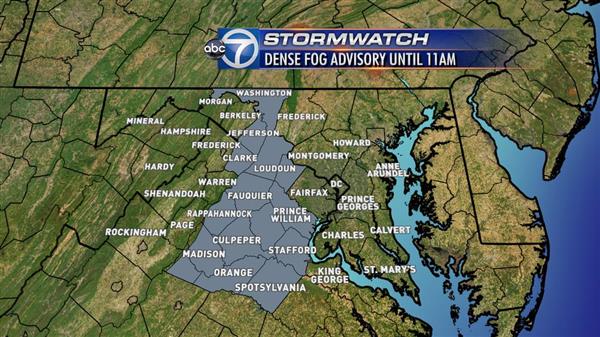 Courtesy Storm Watch 7
Thursday will be foggy through the morning, partly cloudy and comfortable with highs in the 40s.
Get the full forecast on WTOP's weather page.
SCHOOL DELAYS
Several local schools have issued delays.
Get the full list on WTOP.com.
3rd & 7 37yd
3rd & 7 37yd
B
S
O
close
close